ICTO ACTS had conducted a survey to assess the usage of ICTO Computer Room by students and academic staff. Survey was conducted from 23 March until 15 April, 2016. Two sets of questionnaire in Chinese and English were prepared for students and academic staff respectively. Data collected from survey provided valuable information and it will serve as good reference for our continuous improvements efforts.

Some of the survey results are listed below: 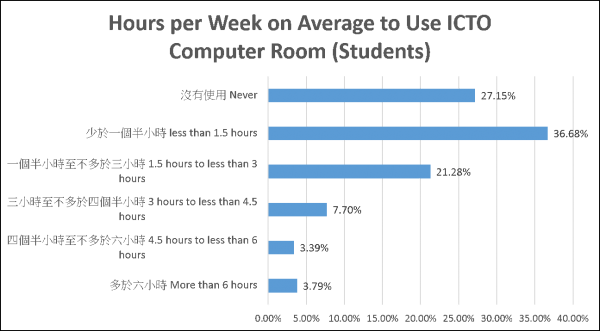 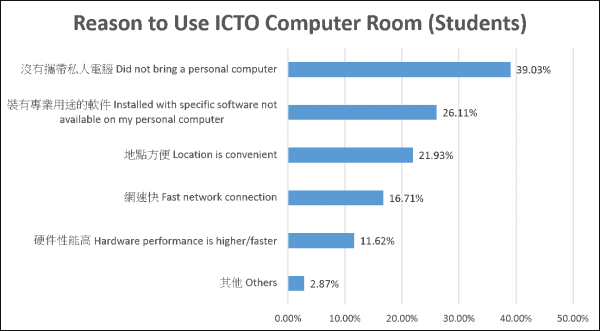 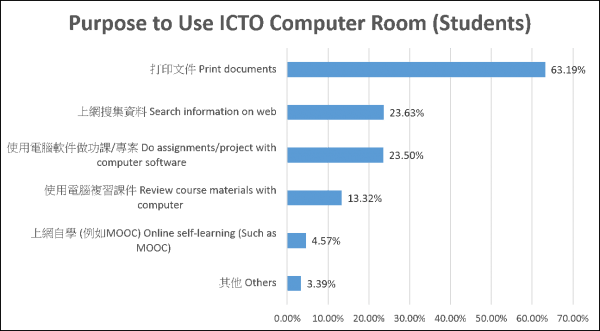 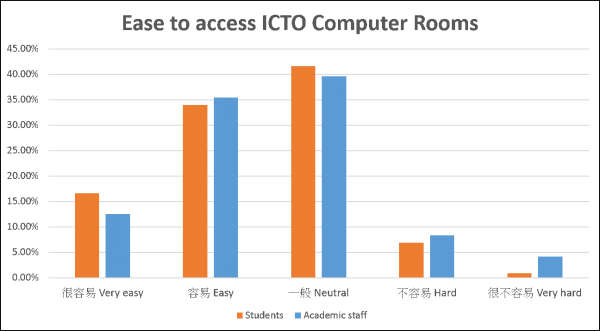 One open-ended question was included to collect further comments from respondents on ICTO Computer Room service. 108 feedbacks were received with 12 compliments. Here are the list of some of the comments collected from the survey and our plan of improvement actions.